Oakfield-Alabama
Teachers' Association
THANK YOU!! Thank you to everyone who filled out a payroll deduction slip or wrote a check to give to VOTE-COPE.  Your contributions are greatly appreciated and will go a long way.  Remember, we are using this money to fight for positive educational ideas.  Also, remember that 40% of your contributions will be reimbursed back to the OATA for local resources. 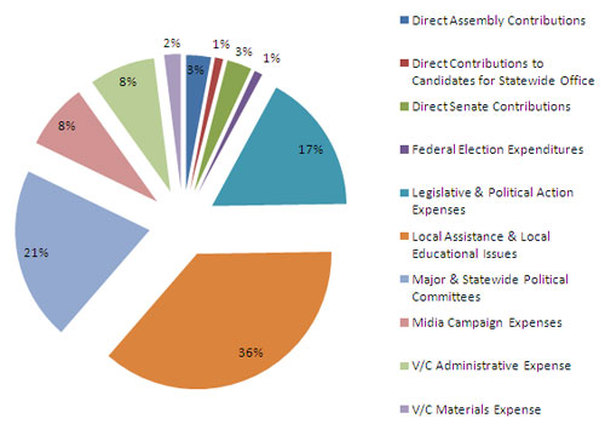 VOTE-COPE
VOTE-COPE is an acronym representing the Voice Of Teachers inEducation, the Committee On Political Education. VOTE-COPE is also referred to as PAC (Political Action Committee), the non-partisan political action arm of New York State United Teachers. Funded entirely by voluntary contributions from members, VOTE-COPE is used to help union-backed candidates and campaign committees that support education and labor. VOTE-COPE helps strengthen political action programs on all levels―national, state and local. To help on the local level, VOTE-COPE provides rebates to participating unions for political action. VOTE-COPE funds, by law, are kept separate from those of NYSUT. Decisions on the use of VOTE-COPE contributions are made by a statewide committee. Voluntary VOTE-COPE contributions can be made through payroll deduction for active members and, for retirees, through automatic pension deduction. Contributions or gifts to VOTE-COPE are not tax deductible.

Donations to VOTE-COPE help to ensure that school districts and colleges receive the state aid necessary to provide quality educational services to our youth. VOTE-COPE gives our profession the political power we need to protect education, health care and workers' rights. The primary goal of VOTE-COPE is to support the goals of public education and protect all of NYSUT's constituents, from our newest members to our retirees. VOTE-COPE lobbies for:

VOTE-COPE also:
For good or for bad, the future of quality public education, as well as the future of your profession, your retirement and your health care is bound to decisions coming out of Albany and Washington.

The single greatest form of VOTE-COPE expenditures, however, comes in the form of rebates to locals. These rebates supply the resources necessary to run campaigns for school budget initiatives and elections for pro-public education candidates for school board races. When we speak with one voice, we make a difference. Your PAC gives you the clout you need to strengthen the teaching profession. Smaller class sizes, greater investments in technology and capital improvements, higher standards and the resources to achieve them are all a part of VOTE-COPE.

You should be a part of VOTE-COPE too. Contact your building VOTE-COPE coordinator for a payroll deduction form.

Common Questions and Answers Regarding VOTE-COPE
Question: What criteria are used by NYSUT to select candidates for endorsement?
Answer: The primary consideration is the candidate's positions on educational and labor issues and where the candidate is an incumbent, his or her voting record. The "record" could include information regarding sponsorship of NYSUT legislation, committee votes and party caucus positions, if available. Other considerations include the leadership and/or committee responsibility of the incumbent legislator, and the ability of the challenger to be a viable candidate.


Question: How does NYSUT determine a candidate's stand on non-educational and non-labor issues such as abortion, gun control, etc.?
Answer: It doesn't. NYSUT's membership represents a wide spectrum of political views. The only assumption, which is made, is that the great majority of our members agree on the basic NYSUT/AFL-CIO legislative programs. Consideration of other issues would most probably be divisive and counterproductive.


Question: What chance do NYSUT members get to provide input into the endorsement of local candidates?
Answer: Any endorsement may be initiated by a president of a local, or member of NYSUT's Board of Directors. These recommendations are discussed at a biennial Presidents' Conference on Endorsements prior to their official presentation to the NYSUT Board of directors.


Question: Why don't rank and file NYSUT members get to vote on endorsed candidates?
Answer: The entire system of teacher political action depends upon the participation of the rank and file members of NYSUT. They supply the votes, the workers and the money to support or oppose candidates for office. NYSUT relies on your local leadership to accurately represent you at the Local Presidents Conference on Endorsements.


Question: What role do local presidents play in NYSUT's endorsements?
Answer: Local input on endorsement decisions is vital. The local president serves as the voice of each local's membership. In order to ensure that the views of each local are heard, NYSUT conducts a Local Presidents Conference on Endorsements during the summer months prior to each general election. Every local is invited to attend, and funding for travel and other expenses is provided to guarantee that financial considerations do not prevent any local from being represented. At the Local Presidents Conference, endorsements are discussed in regional groupings that provide the opportunity for each local president to give input on the races in his or her area. Every attempt is made to achieve a consensus view on each race (i.e., whether to make an endorsement or to remain neutral) before the recommendation is carried to the NYSUT Board of Directors for formal endorsement. Clearly, the local president plays an extremely important role in the endorsement procedure.


Question: I am a republican. Why should I support NYSUT candidates when so many of the endorsed candidates are democrats (or vice versa)?
Answer: NYSUT and VOTE/COPE are non-partisan and intend to remain non-partisan. Both Democrats and Republicans have been endorsed in the state legislature and in Congress. Political party affiliation is not a consideration in endorsement. In the words of former NYSUT president Thomas Hobart: "Our rigorous endorsement process ignores political affiliation, putting a premium on candidates from all parties―Democrat or Republican―who truly understand and support the concerns of our diverse membership. From our legislative department's careful monitoring of incumbents' voting records to our NYSUT leaders' biennial endorsement conference, the endorsement test is the same: Which candidates―regardless of political affiliation, Democrat or Republican―understand the workplace issues and the health and safety concerns of our members and their families? The endorsement process is open and democratic (with a small "d"). And it doesn't occur in a vacuum. Along with organized labor in New York State and across the nation, we're moving forward together. . . The endorsement process is demanding and detail-driven. And it works."


Question: If VOTE-COPE has been so successful, why are our property taxes so high?
Answer: New York State's system of taxation is inherently unfair. In fact, some states have declared our property tax system of funding unconstitutional. One of the main causal factors regarding high property taxes is Albany's refusal to properly fund public education. New York State's percentage contribution to public education funding is one of the lowest in the country, causing this burden to fall more heavily on local property owners. Without VOTE-COPE efforts, the State's contributions would likely fall even more.


Question: Why shouldn't I contribute directly to the candidate of my choice, rather than VOTE-COPE?
Answer: The primary objective of VOTE/COPE is to support those candidates who generally support the NYSUT legislative program. It is essential that the elected officials and candidates for office clearly recognize the link between the union's political arm and its legislative program. VOTE/COPE as a PAC representing collectively more than 600,000 members wields considerably more influence than any individual or local.

The preceding information was provided by the New York State United Teachers.